Tera and Tyson were set up by Tyson’s brother’s then-girlfriend, now-wife. (Did you get all of that?) She approached Tera and asked if she’d be interested in going on a blind date. (TBH, Tera was not.) But she showed Tera a picture of Tyson. He was cute, so she agreed to let her give him her phone number. He texted her the next day and soon they were rapid-fire texting back and forth.

They pretty much immediately established that they had a lot in common—most importantly, they both had a sense of humor. Before long it became a competition to see who could send the most bizarre/comical/inappropriate meme. Basically, Tyson had Tera laughing long before they even met in person. At the end of that first week, they went on a date. And they’ve been making each other laugh ever since.

Give us the details! When? Where? How?

We love hiking, so one day in the summer Tys suggested we go on a sunrise hike the following morning. He said it so nonchalantly, I never once suspected he had anything planned. We decided to go to one of our favorite canyons, where a trail winds through the woods before emerging on the side of a mountain, overlooking the city below. We got up at 4 AM that day, packed some treats to enjoy at the overlook (cheese, bread, and mimosas), and headed out the door. The hike was chilly and a little freaky – it was still pitch black outside, and every now and then we would hear a random sound coming from the dark woods around us.

We aren’t getting married just so we can throw some awesome wedding. That’s just a cool bonus that comes along with being able to spend the rest of our lives with each other.

As we approached the overlook, the sun was just beginning to peek over the mountains – it was perfect timing. Again, I had no idea this was coming, so I immediately perched myself on a rock and began cramming bread and cheese in my mouth as I watched the sunrise fall onto the city. I didn’t even notice Tyson pulling out the ring and getting down on his knee, so he had to say my name to get my attention.

When I looked over and saw the ring, I was so shocked my jaw just fell open. (And I’m almost certain a piece of bread fell out of my mouth. Charming). I said yes, and we spent the rest of the morning sitting on that mountain, drinking our mimosas and watching the city wake up. 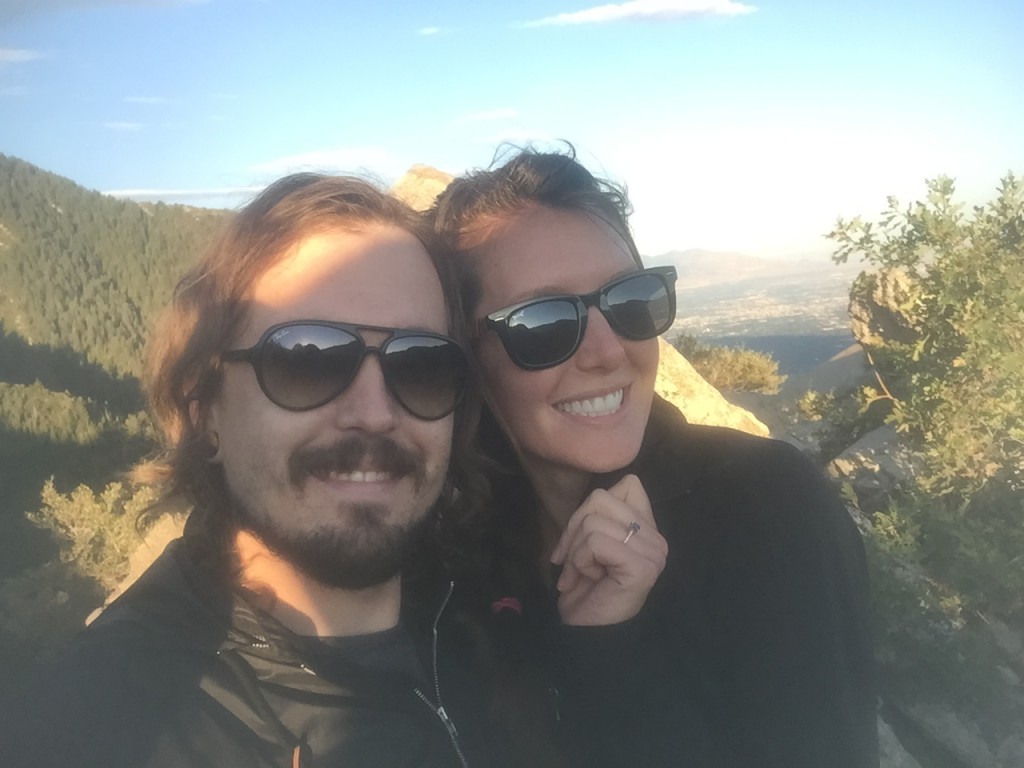 It’s all been really fun. It’s cool to have an opportunity to cultivate an experience that’s entirely yours.

We’ve tried to keep our event pretty low-key, which I think makes for less stressful wedding planning. We were also able to have a long engagement – over a year – and spacing things out has helped to offset some of the pressure. 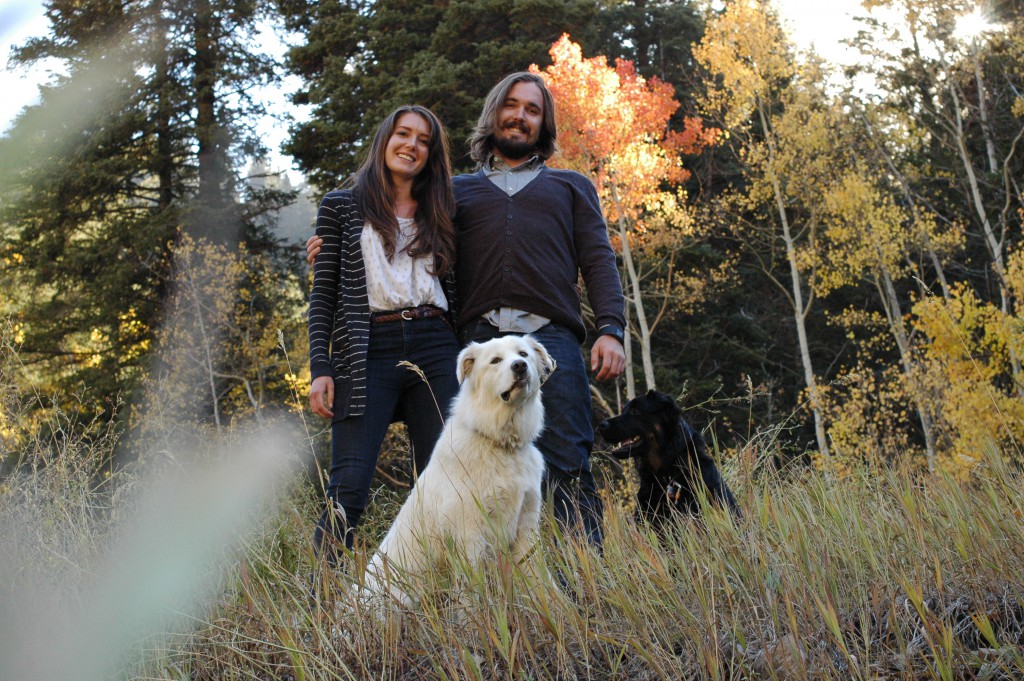 I had been looking for a wedding website and had been to all the usual suspects, but they just weren’t doing it for me. Joy made things so easy – the app has been a lifesaver – and the templates were much more my taste than anything else I had looked at. It was a no-brainer!  It’s so user-friendly and allows me to do all the things I need – check RSVPs, edit schedules, etc. – right when I need to do them.

Encourage your guests to download the app. It’s easier for them to see details and share moments that way. Besides, chances are they’ll use it for another friend’s wedding in the near future!

That’s actually something we’ve tried to keep in mind throughout the planning process, too. We aren’t getting married just so we can throw some awesome wedding. That’s just a cool bonus that comes along with being able to spend the rest of our lives with each other. Even if somehow everything goes wrong on our wedding day, we’ll still end up married to each other, and that will bring us both joy for all the years to come. 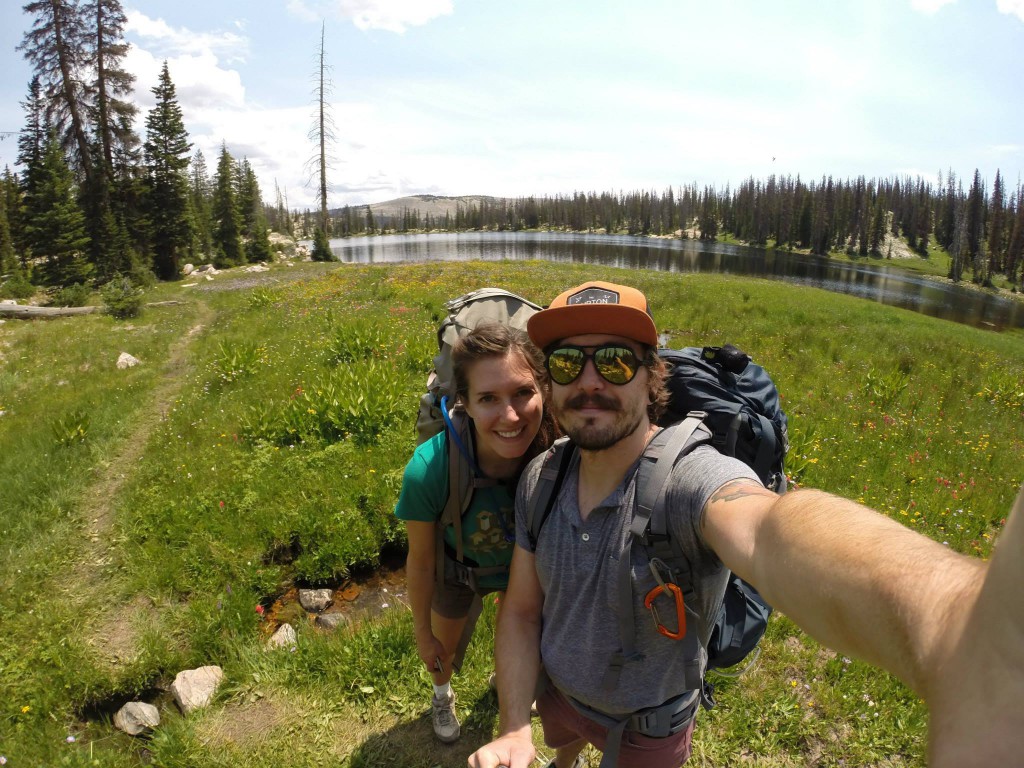