Inspiration » Budget » Who Pays For The Wedding: Follow Tradition or Make Your Own Rules?
Budget

Who Pays For The Wedding: Follow Tradition or Make Your Own Rules?

Wedding planning can be stressful, and often the biggest hurdle is setting a budget. The first question to tackle is: Who pays for the wedding?

While tradition dictates that the bride’s family foots the majority of wedding costs, many couples are opting to divvy things up more evenly. These days, the bride’s family, the groom’s family, and the couple themselves are pitching in.
This is partially due to a trend of skyrocketing wedding costs. According to a recent Brides study, the average wedding ran for $27,000 in 2017. But just one year later, in 2018, weddings set families back a whopping $44,000 on average.
Of course, this doesn’t mean you have to splurge on that 11 p.m. macaroni and cheese bar trending on Instagram. But even the most modest of nuptials can be costly.

The first thing to do is to sit down with your future spouse and talk about your wants (and needs) and make a ballpark wedding budget. Do a search of wedding venues in your area and decide how many people you’d like to invite.
Once you have an idea of what your general costs will be, confer with both families about what they’re willing and able to contribute. If that mac and cheese bar is a must, maybe you’ll pay for it yourself.

Read on to learn everything you need to know about traditions, new trends, and other factors to keep in mind when determining who pays for the wedding.

Who Pays for the Wedding, According to Tradition 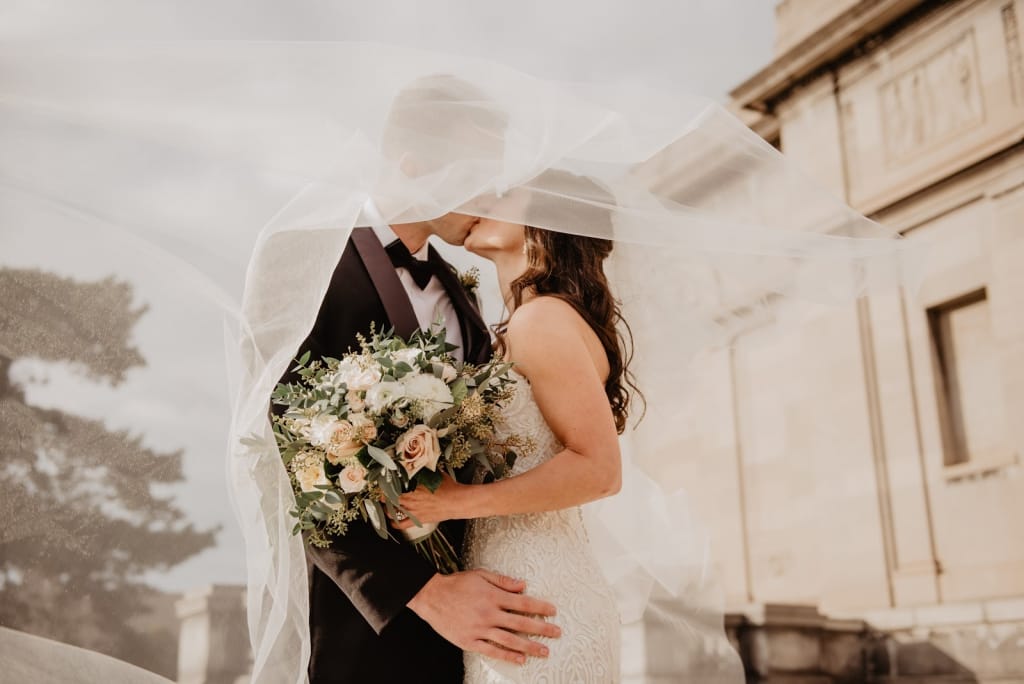 Whether or not you decide to follow traditional etiquette, it may be a helpful place to start. If you come from a conservative background, this may dictate how your family pays. Or you might use these guidelines as a jumping off point to get the conversation started. Here’s what the age-old traditions have declared:

The biggest chunk of a wedding’s cost, of course, is the reception. Traditionally, this burden falls on the bride’s family. This includes the venue, all food and beverage (the bulk of your wedding budget), music, wedding cake, favors, photography, videography, and rentals.

Ceremony costs also traditionally fall on the bride’s family as far as rentals (many venues don’t provide chairs for outdoor ceremonies), an arch, and flowers. Typically the groom’s family pays for the marriage license and officiant’s fee.

Age-old tradition dictates that the bride’s parents cover the wedding dress as well as the bride’s makeup, hair, and accessories. The groom’s attire is usually paid by him or his parents. When it comes to the wedding party, bridesmaids and groomsmen pay for their own dresses and tux rentals, respectively. Sometimes, the bride and groom will help alleviate this cost, but it isn’t expected.

The groom is usually on the hook for his fiancé’s engagement ring and wedding band. In turn, the bride pays for the groom’s ring.

Typically, flowers are rolled into ceremony and reception costs. Historically, the bride’s family paid for all floral arrangements and decor, as well as flowers for bridesmaids and flower girls. Meanwhile, the groom’s parents would pay for boutonnieres, corsages, and the bride’s bouquet.

Save The Dates and Wedding Invitations

Yes, these were typically reserved for the bride’s family as well. The only exception being rehearsal dinner invites, which the groom’s family covers.

Speaking of rehearsal dinners, that expense traditionally falls on the groom’s parents. The bride’s family pays for the bridal shower, and either family can cover the cost of an engagement party. If there’s a bachelor party, that’s covered by the groomsmen and organized by the best man. Meanwhile, the bachelorette party is paid for by the bridal party and organized by the maid of honor.

The bride and groom pay for gifts for their wedding party, as well as for both sets of parents.

Traditionally, the groom and his family would pay for honeymoon costs, and the newlyweds would cover additional costs during their trip. 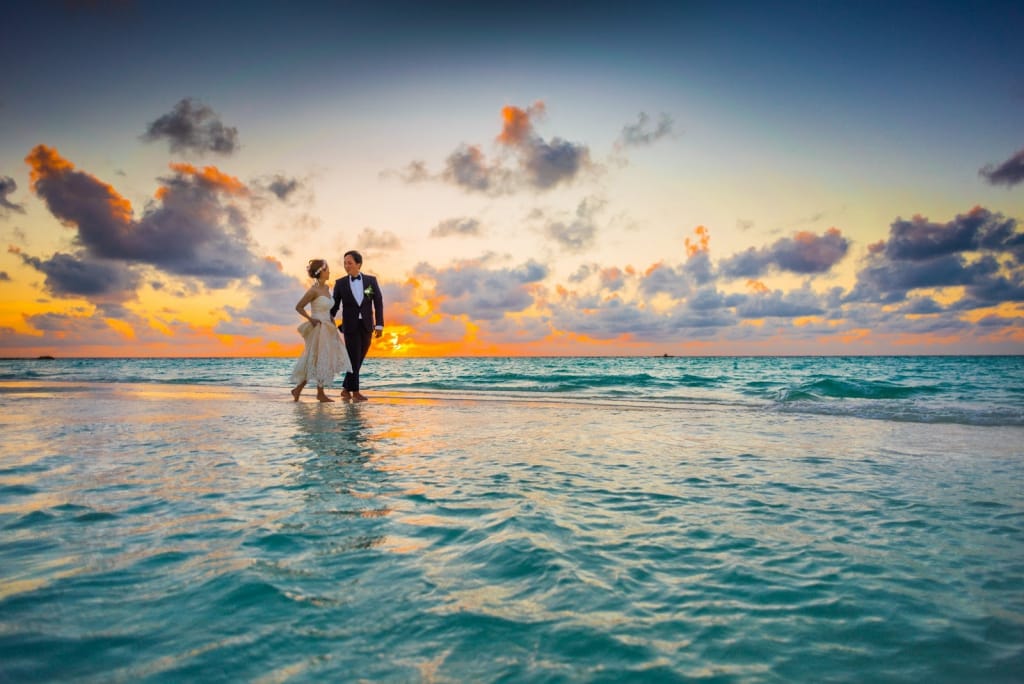 With the cost of weddings today, it’s unfair and unrealistic to leave the entire burden on the parents of the bride. Fortunately, there are many ways to reduce the costs for each family.

A grandparent or aunt may offer to buy the wedding dress or throw the shower. Or you might save on an officiant by asking a close friend or family member to become ordained online and perform the ceremony.

There are also many contemporary ways to cut costs. Consider DIY arrangements with faux flowers, or sending online invitations instead of paper invites. With Uber, it’s more common to let guests find their own transportation instead of paying for shuttles and limos. Unfortunately, the most significant way to save money is still to cut the guest list.

Older, more financially stable couples are choosing to pay their own way or make significant contributions to their weddings. This is particularly common among same-sex couples. Since gay marriage is still relatively new under the law in the U.S., many couples are older or lack support from their parents. According to a recent study by The Knot, 10% of couples paid for their own wedding in 2019.

If you have contributions from both families, you might consider some form of a three-way split. This doesn’t have to be even, but ask each family (including yourself and your soon-to-be spouse) what they’re willing to contribute. Then budget accordingly.

Some families opt to give the couple the sum of their contribution and let them make payments as needed. Others, meanwhile, will offer to pay for certain wedding expenses.

Whoever Pays Has a Say

One thing to keep in mind: If you are accepting meaningful contributions from your and your fiancé’s families, they deserve a say in your wedding. Yes, it’s your big day, but it’s about your families as well. If your in-laws are offering up a third of the costs, they might ask for a third of the guest list.

This doesn’t mean you need to give up creative freedom or do whatever they want, but you should keep an open conversation with all parties about what they expect from the day. Sometimes an unbiased third-party opinion can be very helpful, which is one reason to consider using a wedding planner.

How to Word Your Wedding Invitation, According to Who Pays 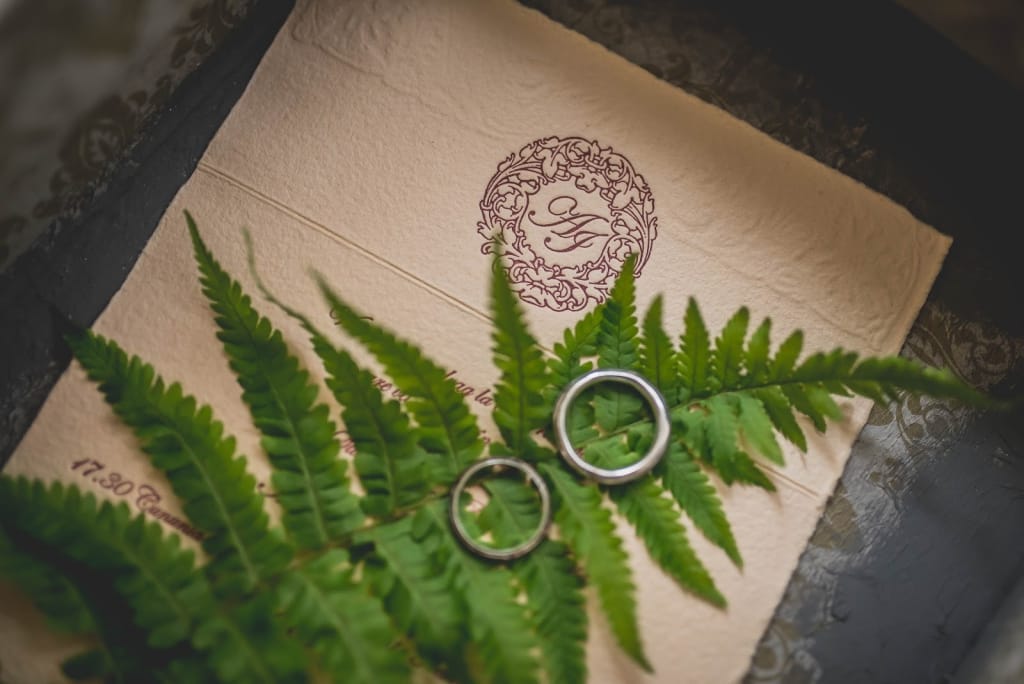 With many parties contributing to wedding costs, invitation wording can get complicated. This can be especially sticky if parents are divorced.

Traditionally, invitations begin with who is hosting (i.e., who’s footing the bill?). So if it’s the bride’s parents, it would be: Mr. and Mrs. Samuel Smith request the honor of your presence for the marriage of Sarah Smith to John Davis. If both parents are paying, you would list the names of both parents.

Today, many couples opt to make the language more formal. This also reflects the change in how weddings are funded. If everyone is paying, one solution is to say: Together with their parents, Sarah Smith and John Davis invite you to their wedding.

If the couple alone is paying, it’s best to say: Your presence is requested for the wedding of Sarah Smith and John Davis.

Of course, there are no real rules. You might decide to include both parents names despite who is paying. Just list whoever is contributing most first. Or you may just say, You’re invited to the wedding of…, and circumvent the politics entirely.

Like the rest of your wedding decisions, make sure all contributing parties are on the same page. Or in this case, card stock. 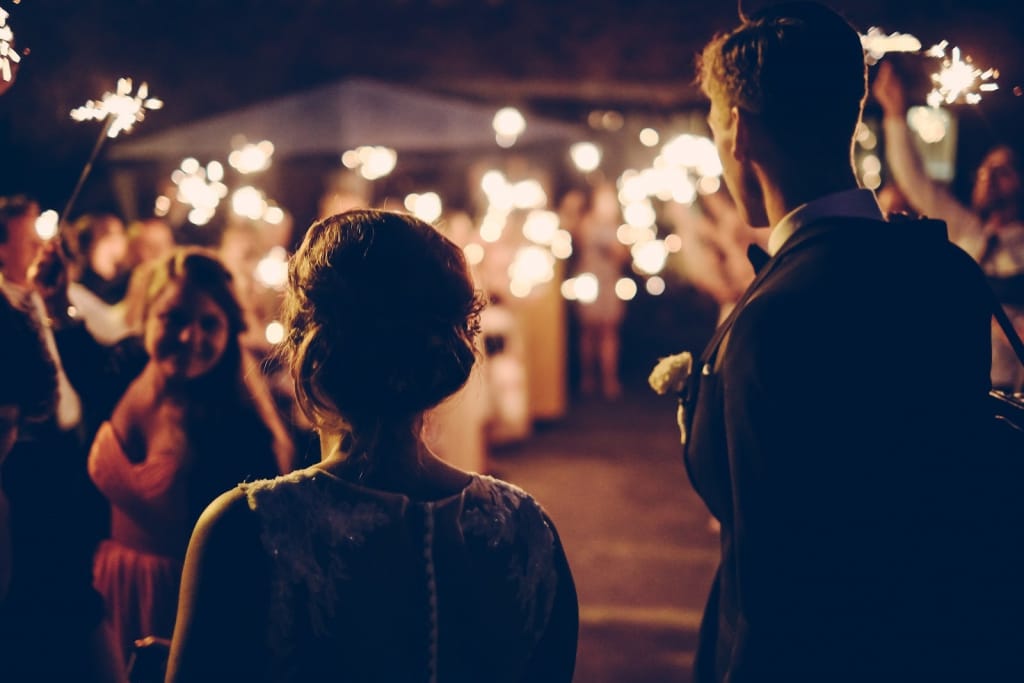 At the end of the day, you’re getting married and joining two families together. While money conversations can be sticky, it’s best to maintain open and honest communication with your spouse and both of your parents.

When it comes to who pays for the wedding, make sure all contributing parties know you are grateful and appreciate their help. You can show this by making sure they feel included in the wedding planning.

You also must be realistic about what you yourself are able to pay. Decide what aspects of your wedding day are must-haves and which aspects are nice-to-haves. After all, whether you’re married at a grand hall in a bespoke gown or say “I do” during a backyard ceremony, it will be worth it.

Joy’s thoughtful technology anticipates your needs and gives you the time to make your big day uniquely “you.” We’re here for you with inspiration and advice to make planning your wedding the joyful experience it was meant to be. Contact us at hello@withjoy.com.

Wedding Budget Tips in the Time of COVID-19

How to Allocate Your Budget for a Micro-Wedding

55 Ways to Save Money on Your Wedding

How Much Does a Wedding Videographer Cost in 2022?

Spring 2020 Bridal Fashion: Off the Runway vs Budget