Haunted Honeymoon Locations in the US: 4 Spooky Getaways

The Halloween season and all that comes with it—ghosts, shadows, and scary stories among others—is a time beloved by many, especially those couples who enjoy an unearthly, out-of-body experience that embraces the supernatural. Whether or not you’re envisioning or planning a honeymoon in October, if you and your partner would prefer spending time in a haunted house over a romantic beach cottage for your post-wedding getaway, you’re in luck. We’ve scoured 4 of the spookiest (and romantic, depending on your perspective) honeymoon locations in the US that will surely take you to places beyond the grave. 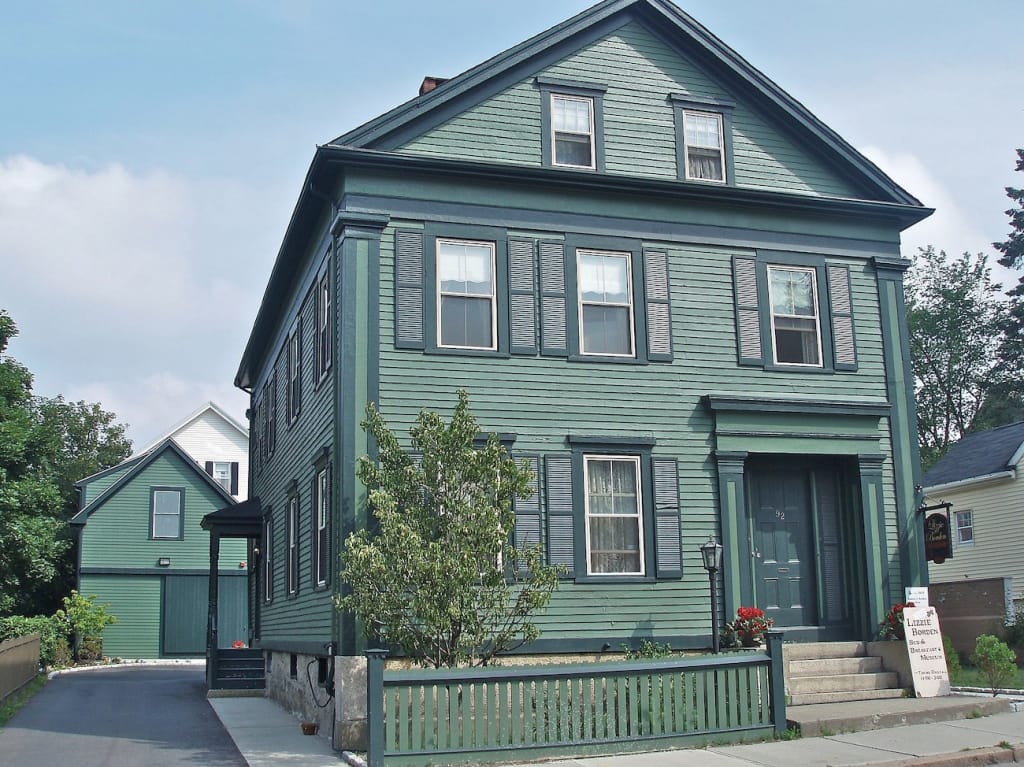 While it’s been over 100 years since “she gave her mother 40 whacks,” the legend of Lizzie Borden lives on. Perhaps more impressive than Lizzie Borden’s story is the preservation of the Fall River home in Massachusetts where the events took place.

The stunning Lizzie Borden Bed and Breakfast Museum, a quaint destination for a honeymoon, has been restored to mimic the charm and coziness of the 1800s while still maintaining the original doors and hardware from when the family last walked the halls. It also offers a variety of suites including the frightening room where Lizzie Borden’s mother, Abby Borden, met her fate.

Decorated with original artifacts from the scene of the crime, this B&B offers a collection of spooky experiences including Paranormal Nights, a ghost hunting outing that offers an intimate experience to hunt down roaming ghosts and spirits lurking nearby. Or so they say. 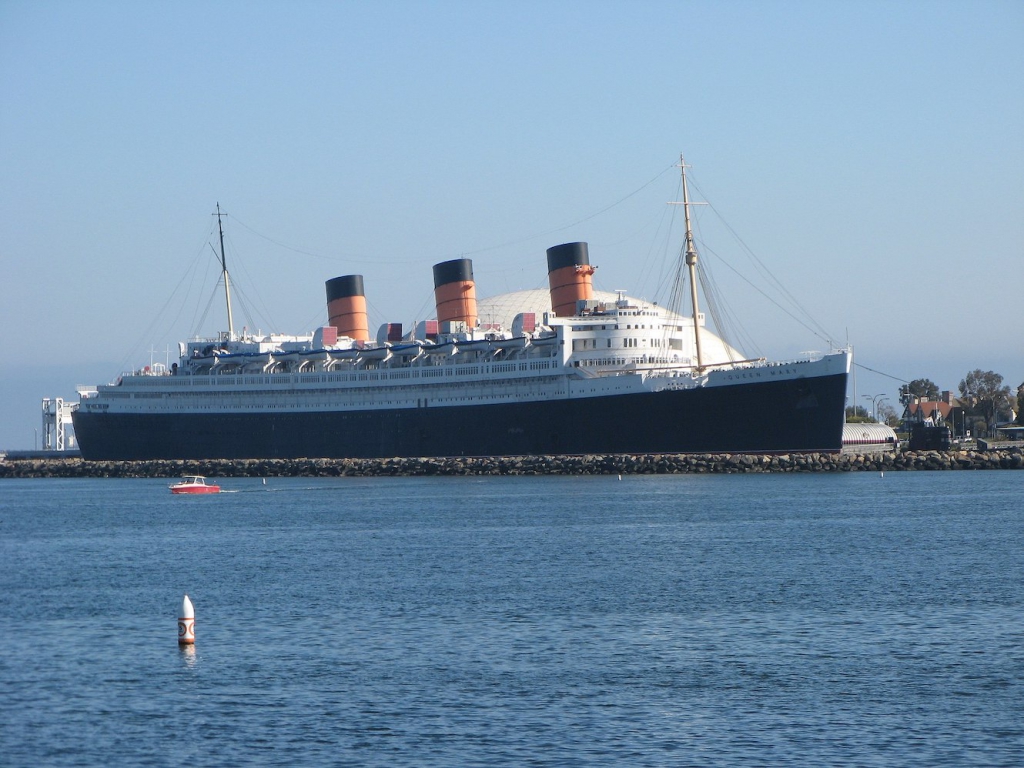 Prepare your sea legs to set foot on The Queen Mary, a retired British ocean liner that launched in 1934 and retired in 1967, settling on the waters of Long Beach, California. Converted into a hotel with over 347 original staterooms and suites, the ship offers a unique honeymoon experience that’s sure to be as shaky as the waters it floats on.

Legend has it that one of the staterooms is haunted by the spirit of someone who was murdered there. In fact, The Queen Mary promotes one of its former third-class cabins as “notoriously haunted”—room B-340, specifically. Additionally, in 2008, Time even included the vessel in its Top Ten Haunted Places.

But don’t let the supernatural scare you away. The hotel, featuring multiple bars and dining options that dazzle with 1930s style and sophistication, offers a time-traveling experience into the ship’s rich history. This is a honeymoon location that’s as romantic as it is haunting, as you and your love are given the chance to be the captain of your own fate.

Typical cost: Rates start as low as $199/per night 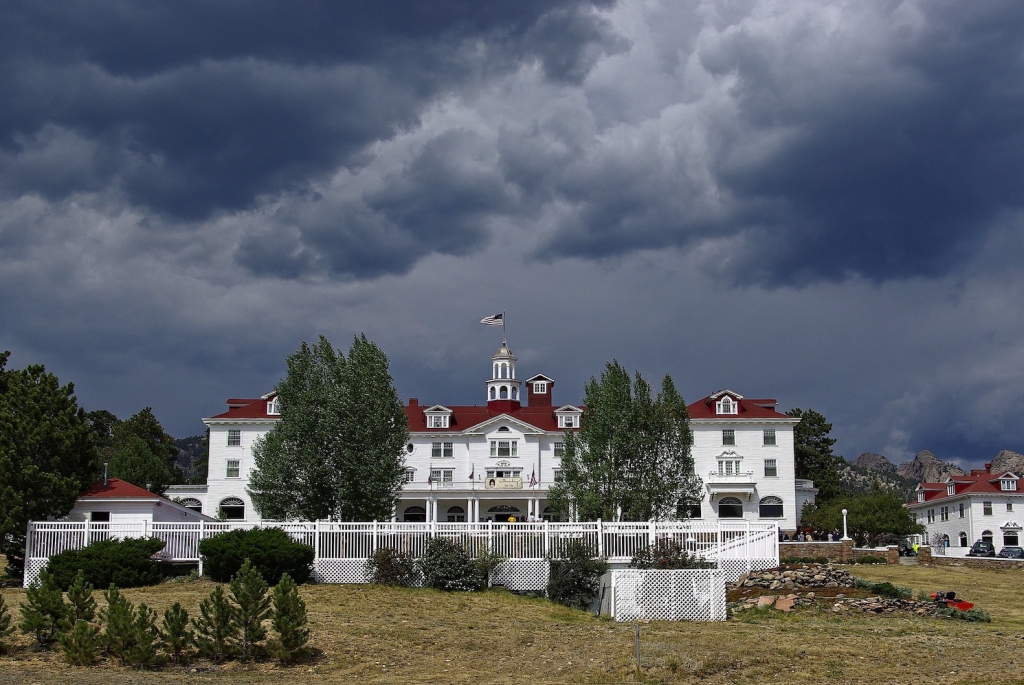 Located in the wilderness of Estes Park, Colorado, The Stanley Hotel is a 142-room colonial revival hotel that offers panoramic views of the Rockies, Lake Estes, and Long’s Peak. Famous for its old-world charm, The Stanley Hotel offers guests a wide range of dining and entertainment options including concerts, comedy acts, and other world-class entertainers.

Why would this hotel make our list of haunted honeymoon locations to visit? Two words: The Shining. In 1974, author Stephen King and his wife stayed at The Stanley Hotel—room 217, specifically—as they were the last guests before the hotel closed for the winter season. With the combination of the mysterious ambiance that King felt as well as a nightmare he had during his stay, he found the makings for what would become one of his classic stories.

If this location excites you, consider planning your honeymoon during the hotel’s autumn festivities where you and your partner can dance during the costume-clad Shining Ball or experience one of the hotel’s murder mystery dinners. 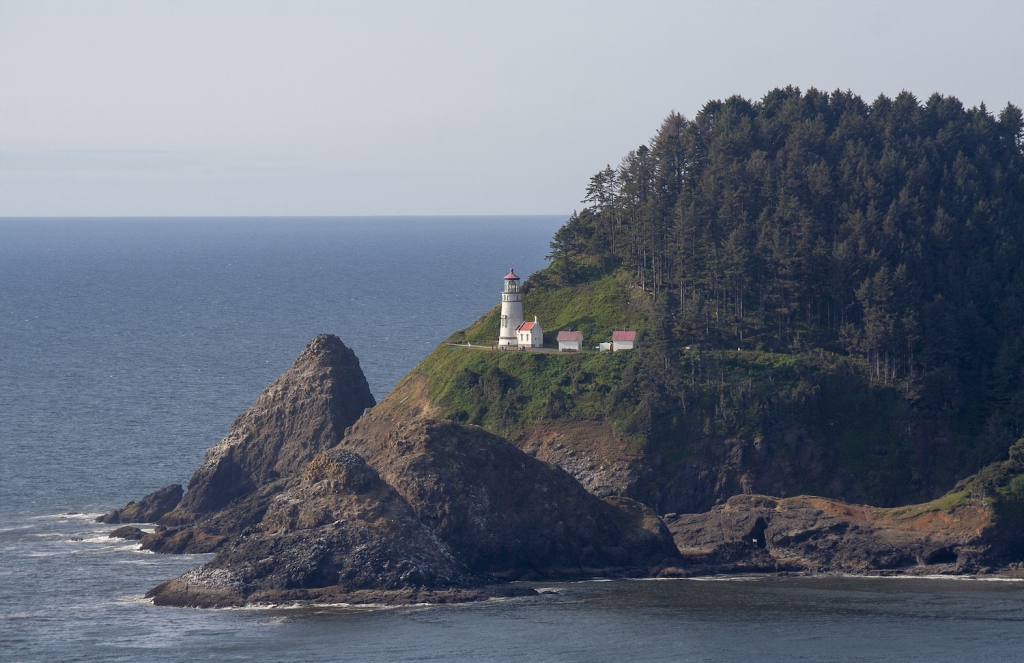 Along the scenic shores of the Oregon Coast rests the Heceta Head Lighthouse, a 56-foot tall structure that shines its beam for more than 20 miles, making it the strongest lighthouse along the Oregon Coast.

Constructed in 1894, Heceta Head Lighthouse B&B, located in the lightkeeper’s home, balances on a cliff with incredible panoramic views of the Pacific Ocean and pathways that lead to both the lighthouse and beach below. This honeymoon location offers a variety of amenities including the grand, Victorian wraparound porch which will keep you and your love cozy as the spray from the sea falls at your feet.

But if you’re after a spooky experience, maybe you’ll be lucky enough to meet Rue, whose tale is as tragic as it is fabled. With multiple guest testimonies made up of stories that include movements of a shadowy figure and odd noises at night, Heceta Head Lighthouse considers Rue “a part of the family.” So unplug for the weekend as you and your sweetheart experience the charm of the Oregon Coast, with the likelihood of making wonderful memories, and a new friend.

Typical Cost: Rates start at $224/per night for one of six uniquely-designed rooms

James Kenneth Presley is a writer, content creator, and storyteller whose work has spanned a collection of diverse outlets, including both film and weddings. An aspiring novelist and the author of his first epic go-round, titled My Dreams Belong To Dad, James firmly believes in the power of storytelling and embraces the challenge of creating something from scratch. A Portland native and graduate of Portland State University, James finds bliss when developing recipes in the kitchen, joy when he’s sitting in front of a movie theatre screen, and peace of mind when listening to an Amy Grant Christmas song with a cup of warm coffee.

James is a writer, content creator, and storyteller whose work has spanned a collection of diverse outlets, including both film and weddings. An aspiring novelist, James firmly believes in the power of storytelling and embraces the challenge of creating something from scratch. A Portland native and graduate of Portland State University, James finds bliss when developing recipes in the kitchen, joy when he’s sitting in front of a movie theatre screen, and peace of mind when listening to an Amy Grant Christmas song with a cup of warm coffee.

The 12 Best Honeymoon Resorts in Hawaii

Honeymoons and the Coronavirus: What You Should Know