What the Obamas’ Relationship Taught Us About Love

In the President’s farewell address—the pinnacle of eight years of leadership and the 20 years of resilience, hard work, and grey hairs it took to get there—he teared up only once. Over the course of 51 minutes he listed the hard-fought victories that will define his legacy (the Affordable Care Act, the Paris Climate Accord, and marriage equality just to name a few ), and used the country’s founding ideals to call for unity in this terrifying moment of discord.

He stood stoic, conceding persistent standing ovations and chants of “Four more years!”, looking out over his sea of supporters with that expertly-honed patient impatience, no doubt bracing himself against the weight of the moment. Miraculously, President Barack Obama—the 44th President of the United States, our first black president—addressing the country as Commander in Chief for the final time, kept his trademark cool. That is, until he addressed his wife. 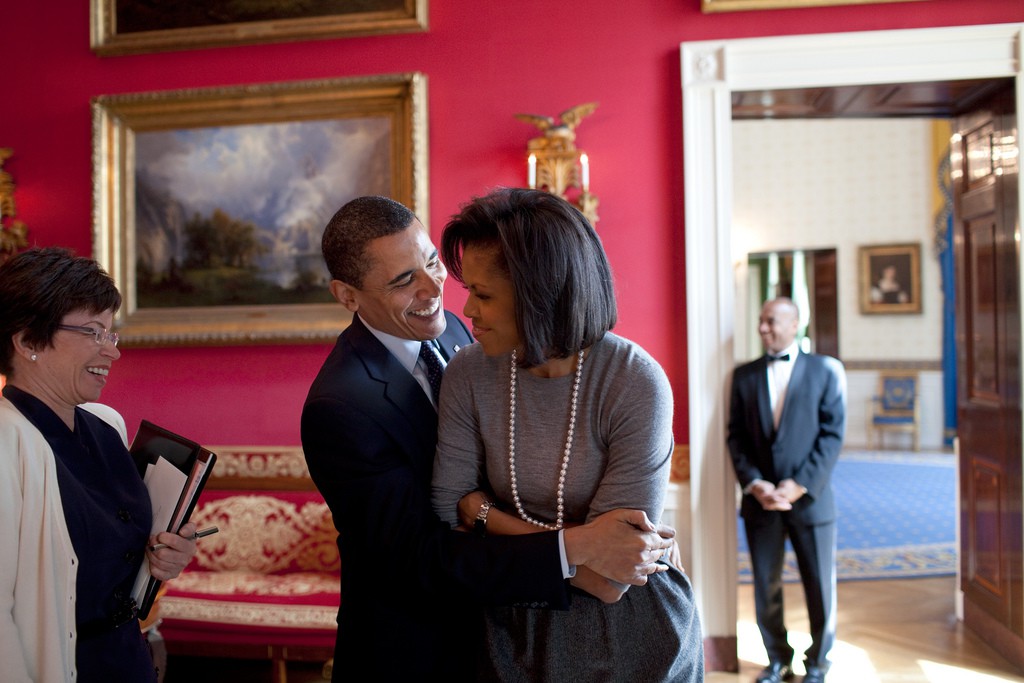 “Michelle.” He pointed to her. Tumultuous applause. “Michelle LaVaughn Robinson, girl of the South Side.” More applause. “For the past 25 years, you have not only been my wife and mother of my children, you have been my best friend.” His eyes were no longer dry. If only for a minute, in acknowledging the only person who truly knows what this moment means to him, the one who has sacrificed more than he has to reach it, he succumbed.

Once we stop worrying that a relationship isn’t perfect, we can open ourselves up to the possibility that with hard work, dedication, and mutual respect we just might make love work.

Over the past eight years the Obama’s have taught a master class in love. The two Harvard-educated lawyers have worked as a team and comported themselves with unthinkable grace under the ever-critical magnifying glass of a nation. Even their date nights had political consequences. How in the world did they do it? Being on the outside, we can only speculate. But if that glistening in the corner of the President’s eye was any indicator, we could all serve to learn something from their example.

Despite their titles, and the traditional roles they connote, Michelle and Barack appear in public like two pillars. Their conduct in interviews, the President’s frequent reverent mentions of Michelle, and Michelle’s recent powerful and viral addresses to the nation solidify them as the power couple of our time. (Sorry, Kimye). Michelle was Barack’s mentor back at their Chicago law firm, and he has joked that his aides value her opinion higher than his. (We can believe it.) The Obama’s have shown us that the strongest partnership is one where two people walk together, meeting whatever comes at them side-by-side. 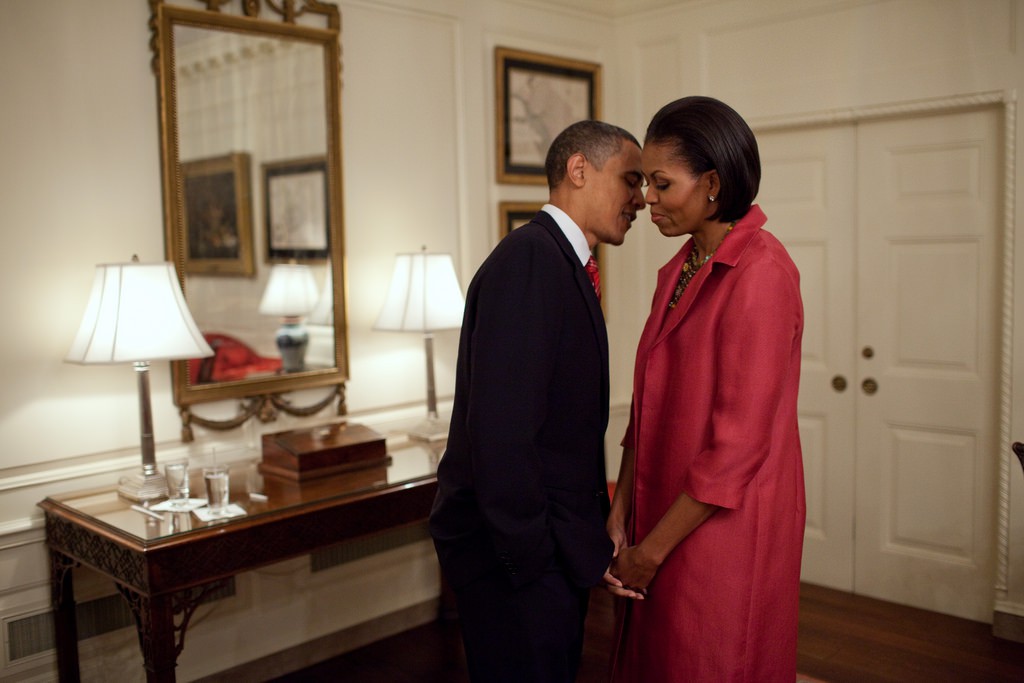 On the subject of marriage Michelle has said, “Marriage is hard work… even if you’re married to your soulmate.” The First Couple speaks candidly about the ups and downs inherent to the pressures of occupying the White House. Doing so lifts them above the scrutiny and heresy, and colors their displays of affection all the more authentic. No sugar-coating. No overly gushy Facebook posts. Basically, no bullshit. We should all be more honest about the work it takes to keep a relationship intact. Not only is it refreshing, it may even save a marriage. Once we stop worrying that a relationship isn’t perfect, we can open ourselves up to the possibility that with hard work, dedication, and mutual respect we just might make love work.

Make time to be together

Barack and Michelle ate breakfast, exercised, and had family dinner together almost every day throughout their tenure. Establishing daily rituals together, especially if you’re a busy couple, is key to staying on the same page and feeling connected amid the storm of life happening around you. If the First Couple of the United States can carve out alone time, so can all of us.

Have separate lives, but stay involved

The Obama’s certainly have had separate duties throughout their time in the White House. President Obama focused on, you know, running the country, and Michelle on her own education initiatives and guiding their daughters through their entirely extraordinary teenage years riddled with, no doubt, very ordinary teenage problems. However, they still remained involved, discussing their responsibilities as partners who value one another’s input. Being one another’s first line of support makes all the difference. A couple together, with two minds and four sympathetic shoulders, can divide, conquer, and stay sane all the while. 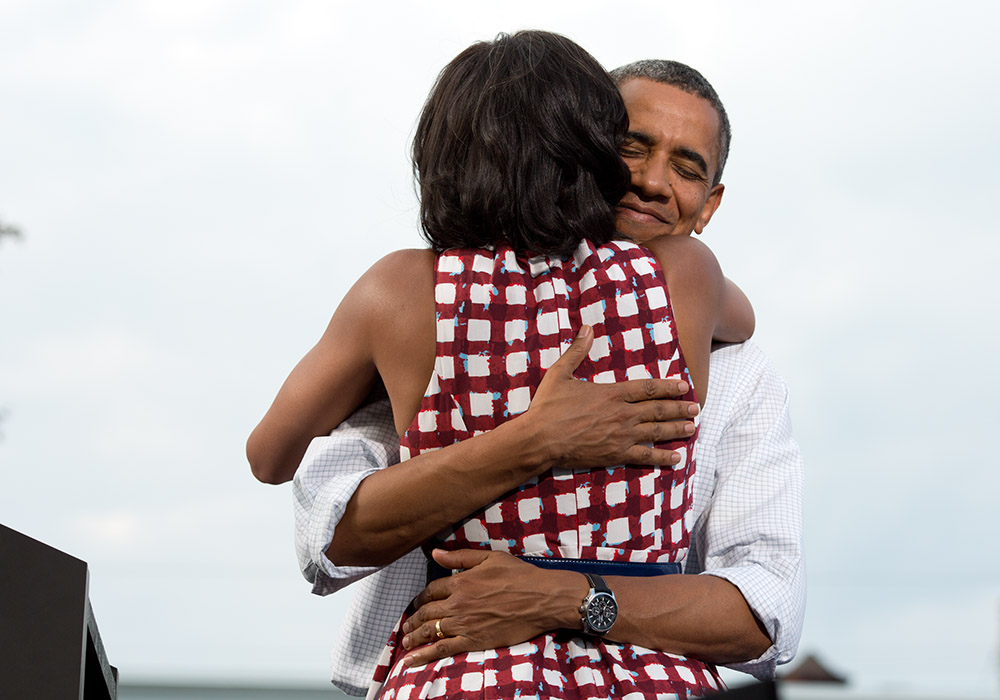 The Obama’s love is powerful. They’ve stopped the internet with an Essence photoshoot. They’ve inspired the film Southside With You. Of the top three Google search results of their names two include the word “love” and the other the words “cutest couple.” From laughs shared at a baby Pope costume, to the tender adjustment of a bowtie, to the mutual adoration bared so often in their eyes, over the past eight years we have all witnessed something special.

If nothing else, the Obama’s have taught us that love is a beautiful thing with which to lead.

Fun Wedding Week Activities for You and Your Guests

How to Make Your Wedding Inclusive

Ease Back Into Social Gatherings with Wedding Conversation Cards