Michelle and John met three years ago, while they worked as Sports Information Directors for their respective universities—John was the main media contact for Men’s Hockey at Bowling Green, and Michelle was the SID for the Niagara Men’s Hockey program. In September 2012, BGSU bussed up to Niagara for a hockey game. Besides exchanging stats and hockey jargon during the game, they barely spoke and after the next BGSD and NU match, Michelle never thought she’d see John again. But that wouldn’t be the case, as fate (and an epic snow storm) would have it.

Tell us a bit more about that next meeting!

Fast forward one year. John now held the same position at Ithaca College, and I was still traveling with the NU hockey team who were squaring off with Cornell University on November 26, 2013. I unexpectedly received a Twitter message from him asking if I was planning on staying in town after the game and if so, whether I wanted to grab a drink. My plan was to hop in my car once I wrapped up work and drive straight to New Jersey for Thanksgiving with the family, but I let him know if plans changed I would definitely get in touch. 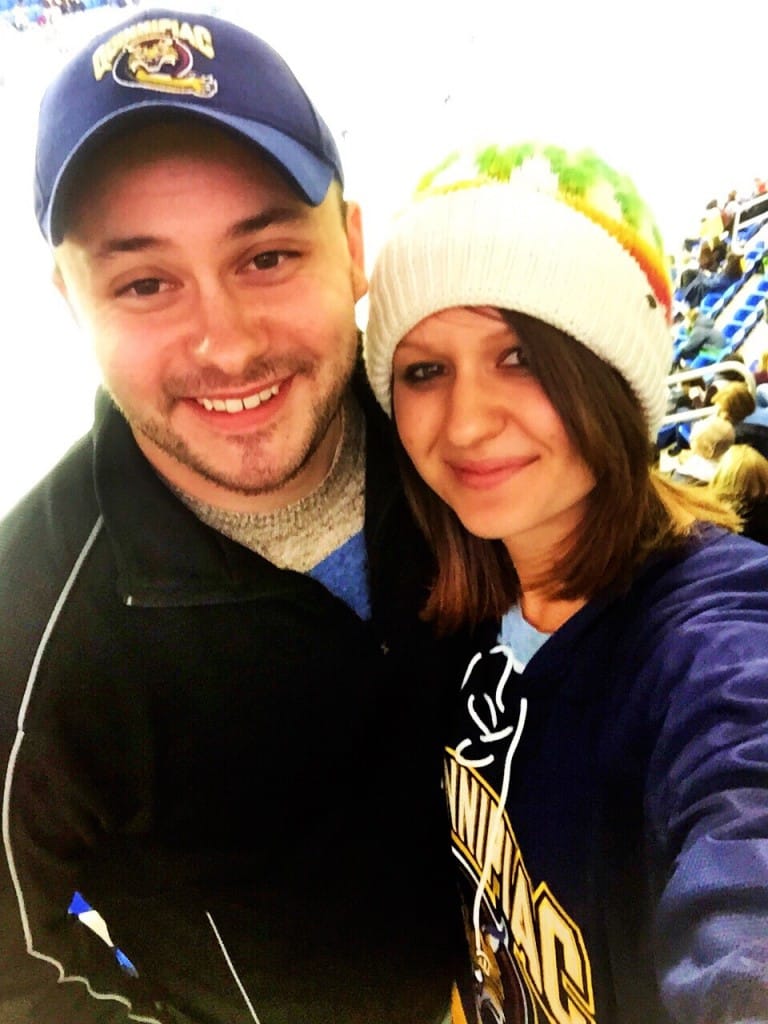 Well my plans certainly changed when a massive snowstorm hit Ithaca—John swears to this day his snow dance worked—and after closing down the Ithaca Ale House with talks about our favorite Jim Carey movies, my metal TMNT lunch pail as a kid, and our college hockey adventures, I knew this was someone I wanted to see a second time.

A second time turned into a third time which turned into three years, and now I am engaged to my best friend!

This past Christmas, John and I decided instead of buying each other gifts we would take a trip. We both love traveling, craft beer, and college hockey so a weekend getaway to Burlington, VT in December was perfect—neither of us had been there before, it’s a craft brewery Mecca, and the University of Vermont was playing Union. 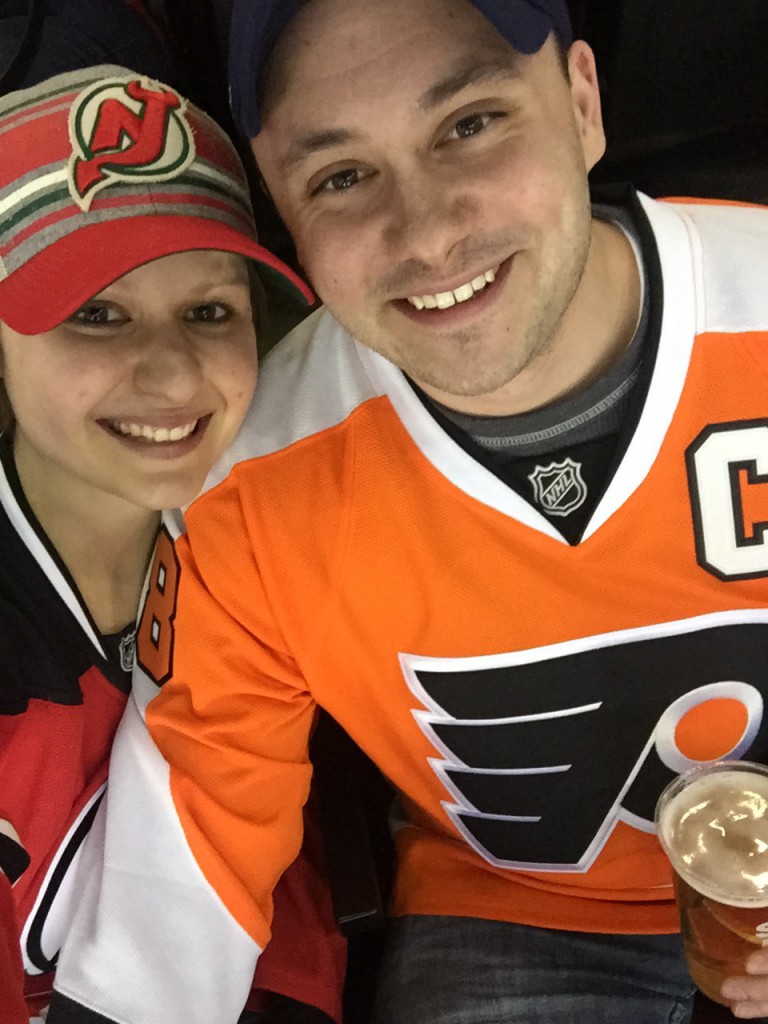 After a first day of exploring, we began our second day of our trip, December 17, visiting three local breweries. A mini-snow storm was rolling through, which led to reminiscing over how our first date three years ago only happened because of a snow storm.

After a few beers and a quick trip to our place of stay, we were back on the road with a GoPro in hand. John insisted on taking some photos of the scenery which was not out of the ordinary. I’m a big photography nerd and John works as a videographer in athletics. Our Uber dropped us off right on the boardwalk of Lake Champlain where we strolled along the water’s edge from one end of the boardwalk to another.

We are thrilled to be getting married, but more thrilled at the thought of sharing the rest of our lives with one another. That to me is beautiful!

John “casually” suggested we walk the whole path to find the perfect place for a sunset photo. Mind you the sun was nonexistent at the time because of the steady snowfall. When this perfect spot was found (we weren’t the only ones who thought so as a group of college kids happened to be walking by with cameras), we setup the GoPro and posed in front of the camera for what I thought was a mini photo op. 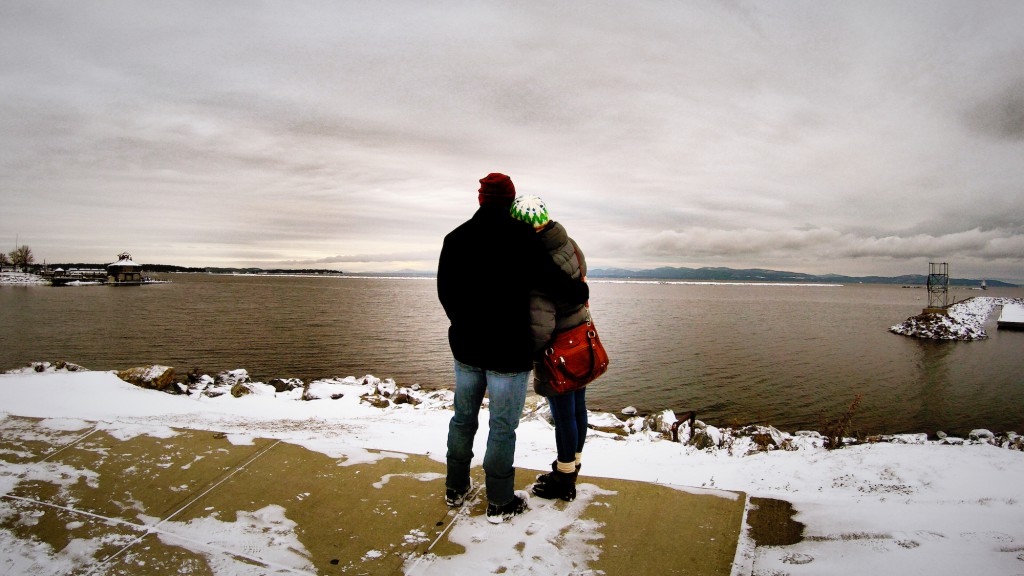 Instead, he took my hands and told me that one of his legendary snow dances led to our unofficial first date, so it was only appropriate that it was snowing for this moment. He dropped down to one knee and asked me to marry him. Through happy tears I immediately said yes to my best friend, and received a few ‘whoops’ and handclaps from the college kids who had front row seats to the best moment of my life.

After calling our parents and best friends to share the wonderful news, we celebrated the only way we know how: with college hockey and craft beer!

Besides the fact that I somehow found and am marrying a guy who loves and embraces all my weirdness, and vice versa? I am a big DIYer so the endless possibilities of arts and crafts time had me feeling like a little kid at Christmas. As a couple who set a somewhat low budget (in standard wedding terms at least), we plan on saving a butt load of money spending evenings sitting cross-legged on the floor putting center pieces and favors together.

Just a word of advice though for all those fellow DIYers: Don’t put so much on your plate that you become overwhelmed. Pick a few things that you definitely want to get your hands on, and then allocate some of the other duties to friends or family. You’d be surprised how many people are willing to help out!

John and I are really trying to have fun with the whole process. We’re pretty laid back individuals so it takes a lot to get us riled up, but I will be the first to admit my stress levels have reached new heights. John is always there to bring me back to earth thought if he sees me boarding the crazy wedding train. In the end, the most important thing is that I marry my best friend. 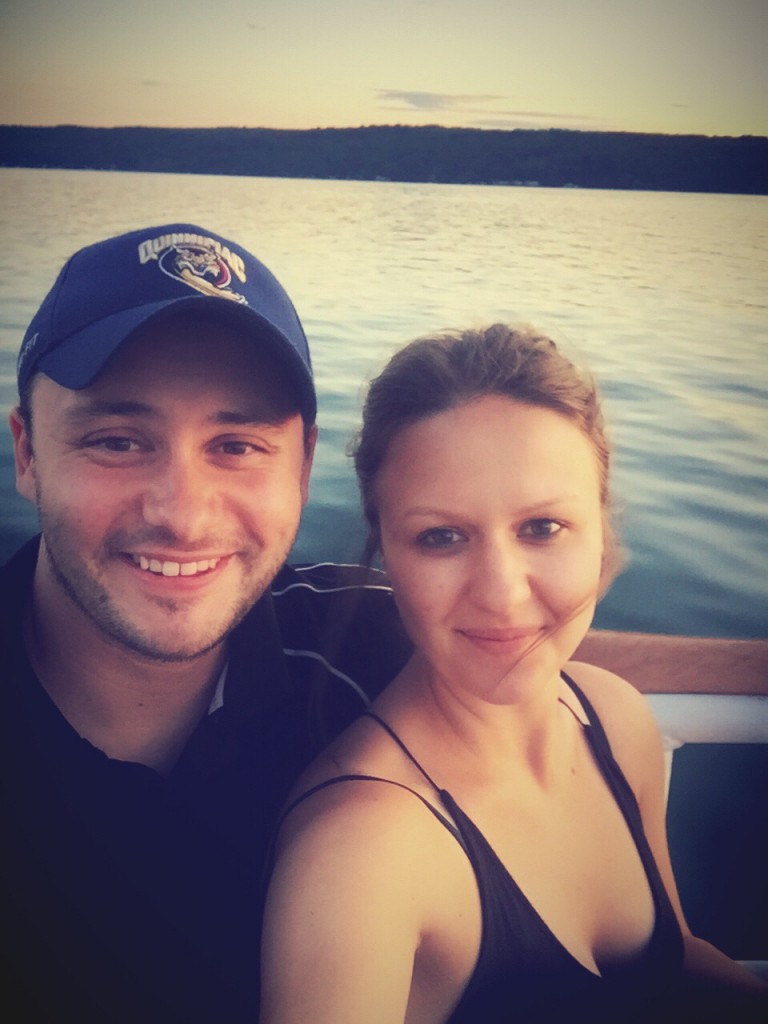 The rest is just icing on the cupcake. I’m very lucky to have some girlfriends who are always up for DIY wedding nights (complete with wine) and supportive families. One thing I would highly recommend for all the ladies out there planning a wedding: spreadsheets! They will save you a lot of trips to crazy town!

I really love how unique our wedding website is, and how incredible easy it is to use. As a bride-to-be, you have so many things on the to-do list that the last thing you want to worry about is the wedding website. Our Joy website was simple to setup and customize, and it came out beautiful!

Take advantage of all the features! Everything available to you can be used to make life 10x easier (and more fun) during the wedding planning process. And don’t be afraid to ask questions! Although the website is super easy to to use, issues may pop up. The With Joy staff are very helpful and quick to answer any questions.

As beautiful and special as we would like our wedding day to be, John and I constantly tell ourselves it’s only the first day of the rest of our lives. We have so many mornings to wake up to one another, so many nights to cuddle on the couch together and binge watch our favorite Netflix shows, so many kisses and adventures and opportunities to show each that we love one another. We are thrilled to be getting married, but more thrilled at the thought of sharing the rest of our lives with one another. That to me is beautiful! 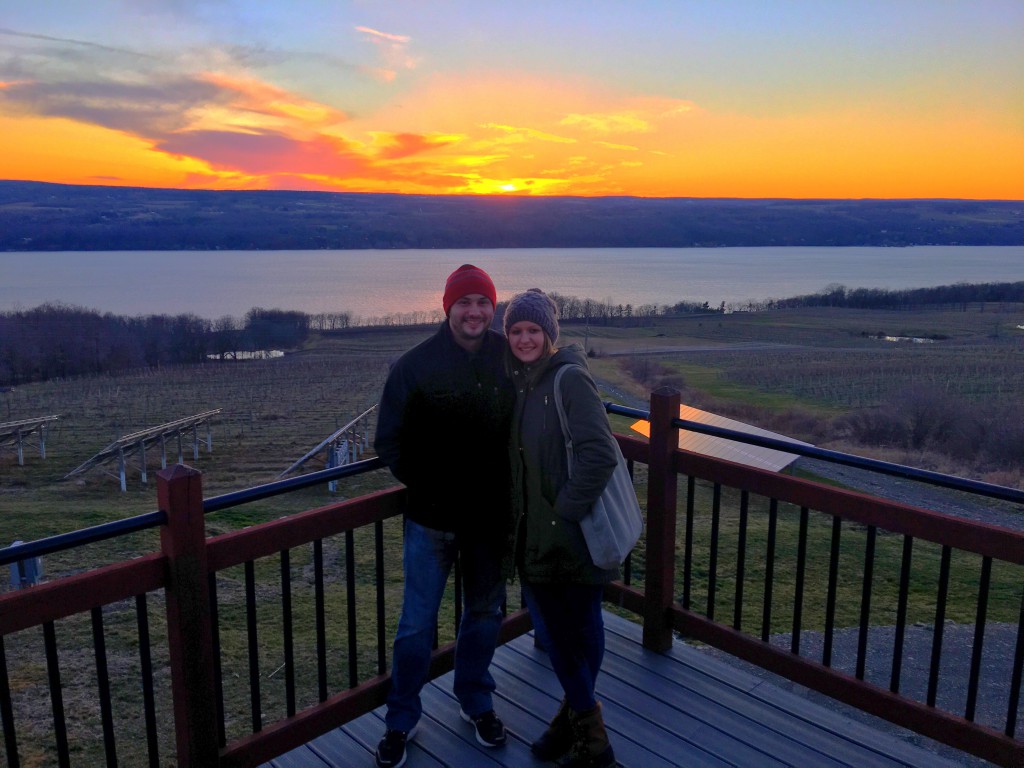