It is said that the rock star can lasso the heart of a woman like none other can. John and Sarah Beth’s first of encounter is a testament to this timeless fact. Their first of many glances was on a Sunday morning at Alamo Heights United Methodist church when seven-year-old John was ripping the sickest of shaker solos on stage while equally-aged Sarah Beth gaped in awe of the young boy’s once-in-a-generation talent. From the rich soil of these first pre-pubescent interactions, grew a life-long relationship.

After first becoming friends as seven-year-olds, John and Sarah Beth found themselves dancing to Aerosmith and Uncle Kracker on the basketball gym floor at San Antonio Academy during John’s middle school’s Friday night “sock hops.” A short few years following these full-arm-extension dances, John and Sarah Beth delighted in their own barefoot-blue jean night underneath the Texas Hill Country stars at Laity Lodge Youth Camp in 2008.

On this night, under these stars, though John “didn’t want to show off his new guitar playing technique” and Sarah Beth “didn’t care if he showed her but wouldn’t mind if he played just so that he could teach her,” they adorned their two guitars and let music, once again, compose the next track on their Rom-Com soundtrack.

Throughout the remainder of college, John and Sarah Beth committed to an Era of Silence. Both of them saw other people and lived different lives. However, around the time when they were renting their graduation robes and relishing their senioritis, a small spark was lit onto the dried lighter fluid of John and Sarah Beth. During one particular graduation party, John saw Sarah Beth from across the room, working it, and wondered to himself “who is that woman and where has she been?” These insatiable questions pushed John in her direction to re-kindle the old, but persistent flame. 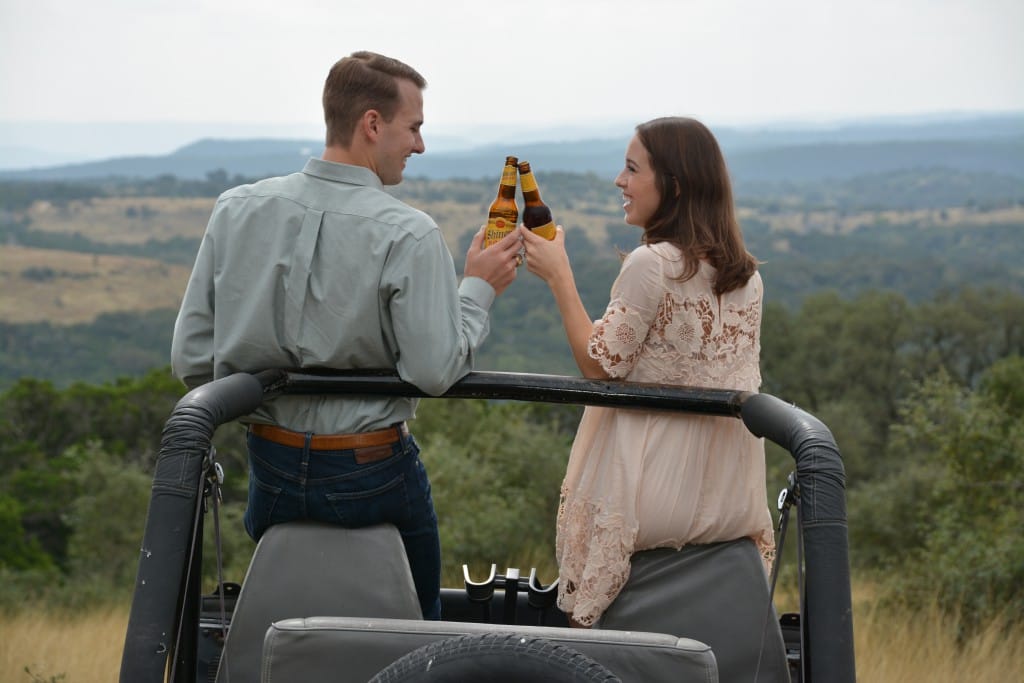 A few weeks after graduation, John and Sarah Beth did their best to Elizabeth and Mr. Darcy their love by trying to convince themselves that they hated each other, but the power of day trips to the Hill Country and back porch talks accompanied by Shiner Bock beer was too strong.

How long have you been together?

It was just perfect. I was totally the crazy girl who knew all of my upcoming weekends and was trying to figure out when it would happen. I knew it was going to be sometime in the fall so John had to work really hard to throw me off. I had a trip planned to visit a friend in New York, which I had already rescheduled twice with her since I purchased the trip on points and wouldn’t lose any money rescheduling. John knew that and came up with the perfect plan to really surprise me.

He called my friend a month before our trip and told her he wanted her to call and cancel our trip the Wednesday before I was supposed to leave. It actually worked. She called and cancelled because of “work,” to which I was slightly relieved because I had rescheduled on her twice now, so I was glad she finally cancelled on me for once! 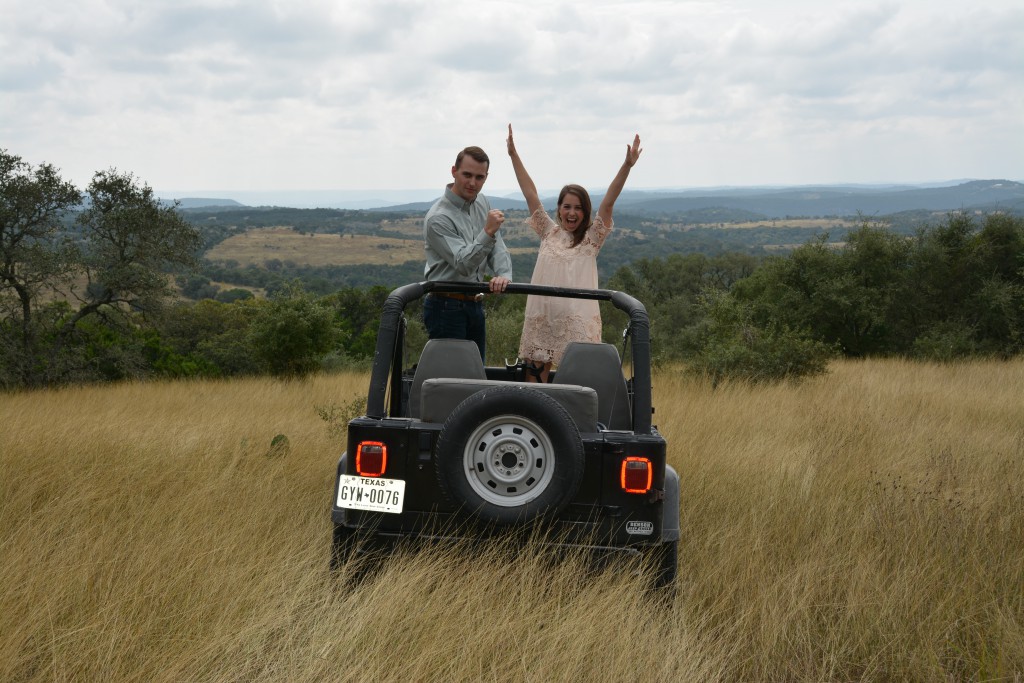 I got off the phone with her and called my parents to tell them my weekend was now open (which I was unknowingly playing perfectly into the plan). They somehow convinced me to go to San Antonio that weekend to hang out with them and have a chill weekend since my calendar was now clear for the weekend. They made up that there was a wedding shower on Saturday I could go to and the theme was “boots and brunch” so again, playing perfectly into the plan, I packed a dress and my cowboy boots for the shower! Saturday morning comes around and my sister in law was supposed to come pick up my mom and I for the shower, but instead of Heidi showing up, John pulls up to my house and at that moment I knew exactly what was going on.

The most special place in the world to John and I is his families ranch in the Texas Hill Country, and we both knew if we ever got engaged it would happen there. So when John pulled up, I knew the only place we could be going was to the ranch. We had about an hour and a half drive so he had made a scrap book of our entire relationship from high school on and complete with 20+ letters from friends and family in the back of this scrapbook that I was able to read.

Joy should last forever because it is not found solely in the fact of getting married and finding your soulmate.

He also compiled videos he had taken over the years from our different adventures and made a video for me to watch as well! We went through the scrapbook and video and laughed and talked all about it and the timing worked out perfectly that by the time I was finished, we were pulling up to the ranch. We hopped out of his car and got into one of the jeeps they have out there at the ranch. It was also the very same jeep we were in when we decided to start dating again this second time around.

He drove us to the lookout spot where we parked that very same jeep and had decided to start dating 3 years ago. We got out and he brought a couple of chairs and we sat out there and he told me he loved me for the first time! People think that’s crazy that we dated for so long, but John had always told me that he only wanted to tell one person he loved them and when he said that, it was a commitment and carried a lot of weight. So saving it for the moment when he knew he was ready to commit was really special to both him and me! It made all those years of waiting completely worth it, because I knew it was the forever kind of love!

He proposed and then we drove back to the ranch house and all our friends and family were there and we just had an all day party! Complete with hay rides, two stepping, barbecue, champagne, beer and lots of laughing. It was easily the best day of my life. 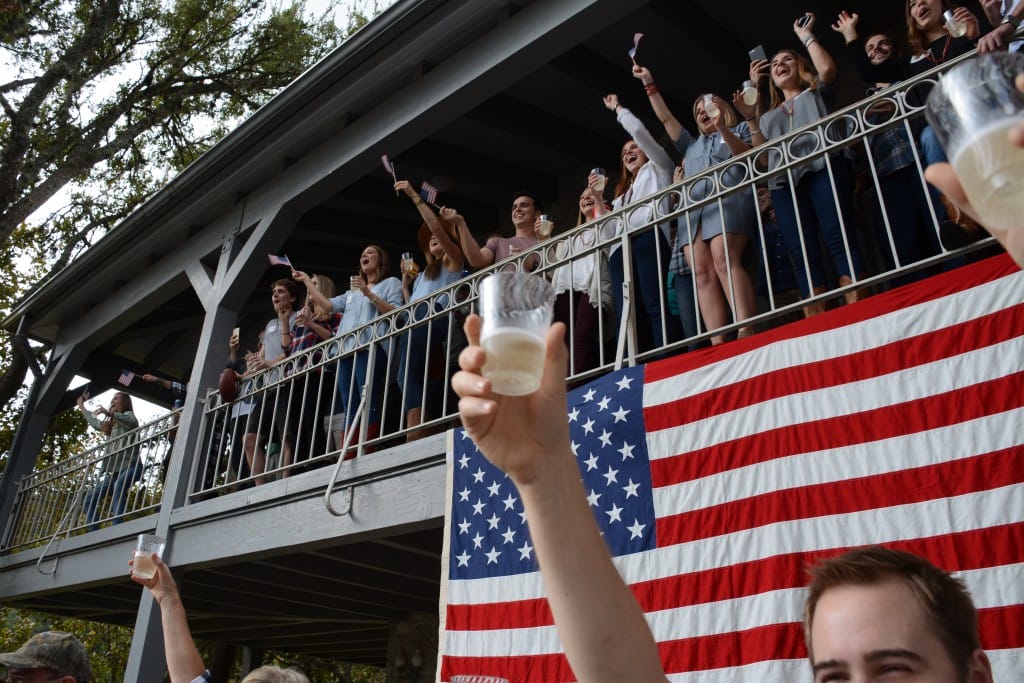 Probably getting to finally go to the note I have been keeping on my phone for years and actually getting to put all my ideas into play! Yes…I am totally that girl with the wedding note on my phone.

Keeping things in perspective. Remembering that this is only a one day event and it is all for the lifetime commitment of marriage. This is just a party that celebrates this union! John and I are both Christians and to us, marriage is the most sacred commitment and union God created, so when we stop to remember what a gift marriage is, it really makes you stop when you’re getting worked up over flowers or what bridesmaid dress you should choose.

It is different than everyone else’s stock wedding websites that I have seen 1000 times. The interface is great, super user friendly from the back end to create and has all the features you could ask for!

Utilize the live chat feature. I LOVED this feature. I had a few questions, so I would just live chat, and it felt like I was talking to a friend or one of my bridesmaids helping me picking features or get one of my cover photos just right.

As I said earlier, my faith is the most important thing to me and guides everything I do. With that, marriage carries a different weight to me than to the rest of the world has put on it recently. Joy should last forever because it is not found solely in the fact of getting married and finding your soulmate. People will let you down, that is their job description! No one is perfect and you can’t expect that of them. When you approach life in that manner and have something greater than yourself that you are living for, it changes everything. 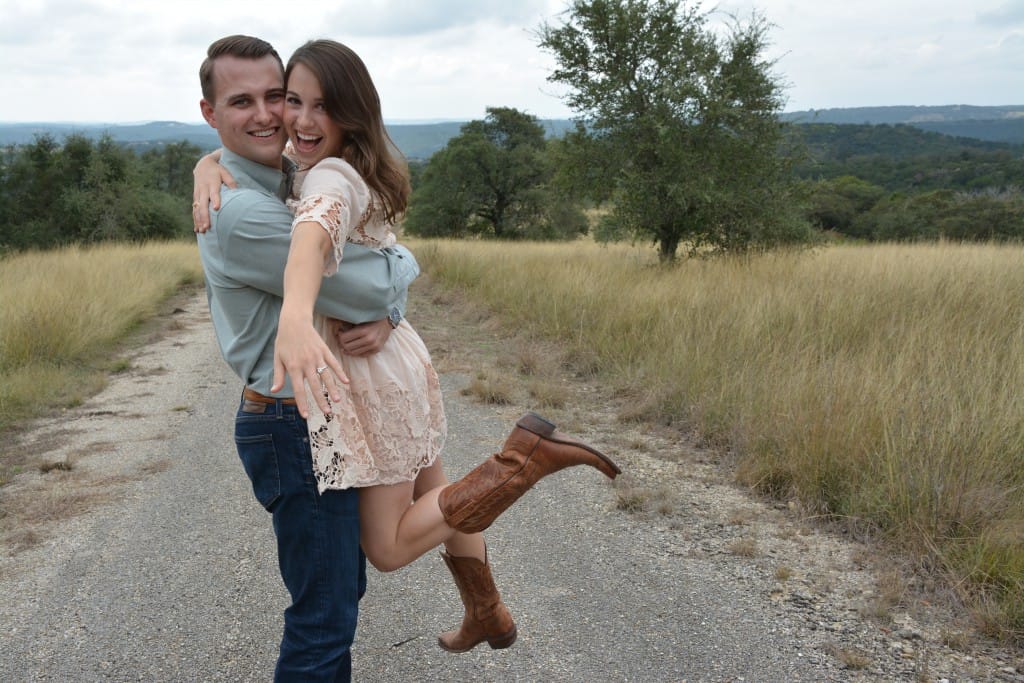