We were having a heatwave in Los Angeles. I had just been daydreaming about how I would love to be out under the stars, in some cold weather (we are both lovers of nature and outdoor camp vibes). He said he’d love to take me. We were both looking for locations around the Los Angeles area that weren’t going to be a scorcher, as there were many parts surrounding LA that were having horrible wildfires. It was 102 degrees at peak of the day in LA. I gave up. Everything I had been looking at had highs of 93 and camping in that temperature seemed miserable to me. He kept searching and said he found something, we were going on Wednesday. I was actually resisting as I started a new job and didn’t think it would be worth it to go out of town three hours away, just for a night. Chris insisted and packed up “Snuglife” (this is what we call our truck) by himself and said, “Let’s go!”. How could I resist? He made it so easy. 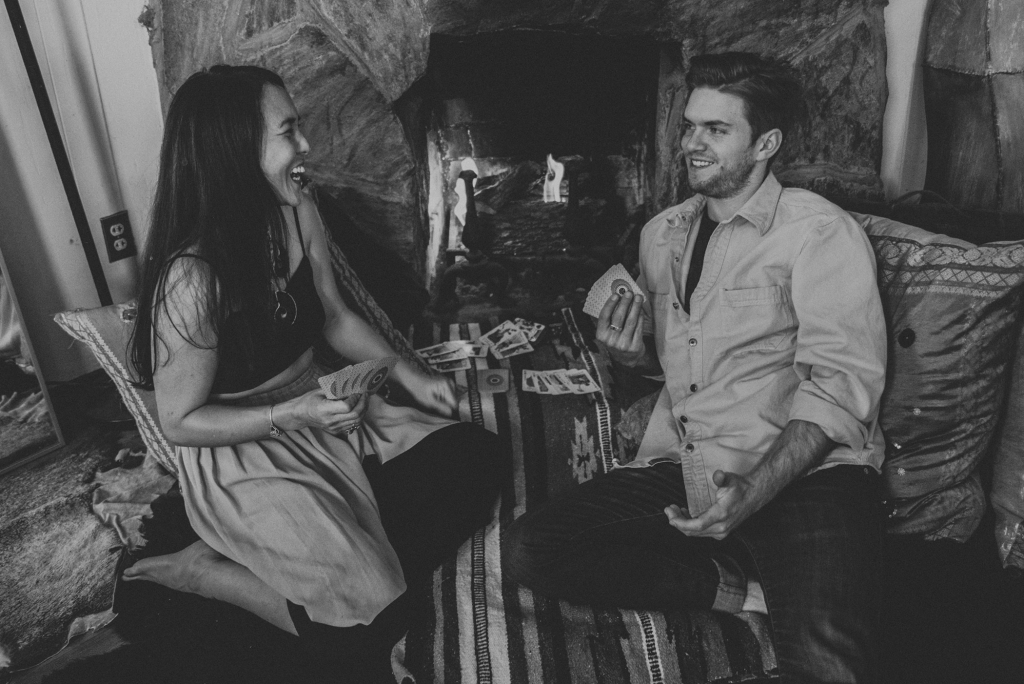 Chris and I shoot weddings. I have been a photographer for the last 10+ years and Chris has just started second shooting with me. We were going to use this quick trip for him to practice using the camera and also recording some content for his new music video (Chris is also a musician)! So, it’s not unusual of him when he asks me to be in his videos. We got to Mt. Whitney and it was perfect. It was over Labor Day weekend so things could have been hectic, but when we rolled up to the campgrounds, there was the perfect camping spot right by the river underneath all these trees with no one there. We set-up our tent and went on a hike to explore. He said, “I’d like to get some video of you when the sun sets and the moon rises for this last shot if that’s cool.” I said, “Okay. I want to take a nap first.” I was being kind of difficult as I was getting altitude sickness and was starting to feel a bit queasy and tired. I told him I needed to take a nap and he set out to wander while I rested. He came back to wake me up when it was time for sunset and said, “Come on, let’s go. Put on something nice.” I was wearing a very eclectic ensemble. The onesie I was wearing was electric blue, black athletic socks pulled-up, a short-sleeved black and white striped shirt underneath, fluorescent purple sneakers with fluorescent orange laces and a royal blue hoodie. I was an eyesore. I asked him unwillingly “Do I have too?” He very sweetly said, “No, you don’t have too, but you may not like what you are wearing in the video later.” So I changed.

It was starting to get chilly so the thought of removing my layers to put something else on seemed like such a task at the time! I was already comfortable, why did I need to change. But knowing that I would be making a cameo in his music video, I made the change. He grabbed our blanket bag and said, “Oh, let me grab my guitar”. At that point I was like, “No, come on. You don’t need it. Let’s just do this.” I just didn’t want him to lug all this stuff to wherever we were going. He had been scouting while I was taking my nap and took me up a little ways to this beautiful valley. This was the valley of Mt. Whitney and there were all these beautiful desert flower blooms. He found this perfect rock island and set-up the blankets for me to sit on and then he tried to set-up his iPhone to take a music video shot. Still not having a clue on what he was up too, I sat there waiting for him to fumble around with his phone. He then set-up the shot and said, “Okay we are just going to be dancing and having a good time in this shot.” We did a couple moves and after 10 minutes in, I was getting a bit cranky saying, “Okay, let’s wrap this up. I’m getting hungry”. So he said, “Okay one last thing. Just look out there on the horizon and follow the ridgeline, then turn around to give me one last hug and then we’ll be done.” So I looked over towards the ridgeline and in my mind, I said to myself, “It’s so beautiful here. A perfect place to propose. I’m going to let him know.” As I turn around, there was Chris on one knee with his big blue eyes and a smile of nervousness as he asked me, “Will you marry me?” 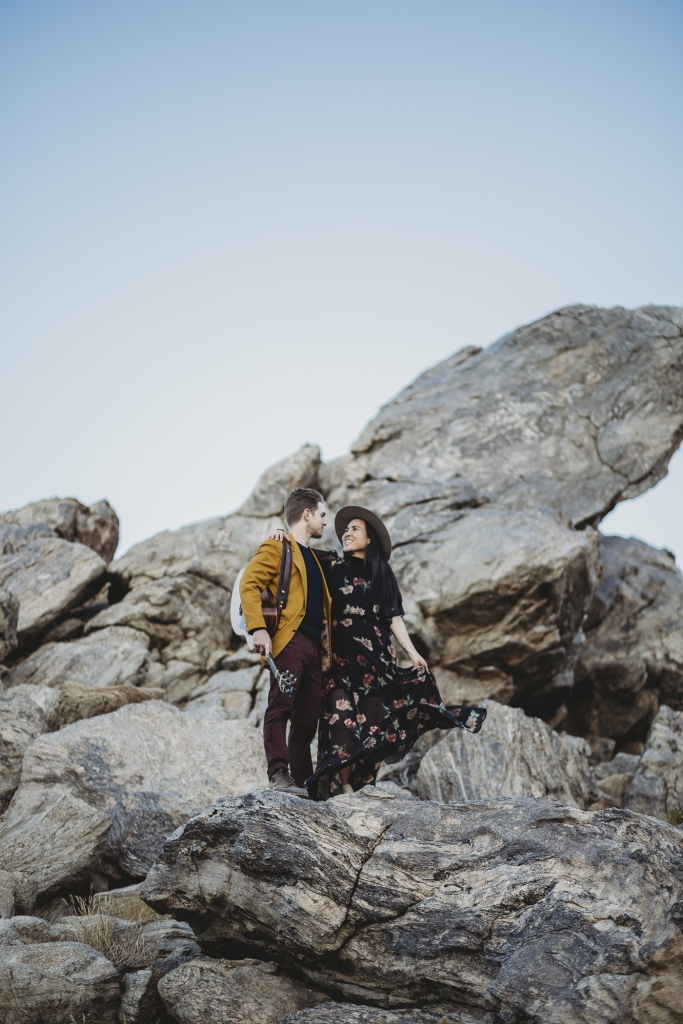 I think my favorite experience planning the wedding has been going to check out all of these amazing venues and trying on the dresses!

I do a lot of producing and since I am in the wedding industry, I’m not really bothered. 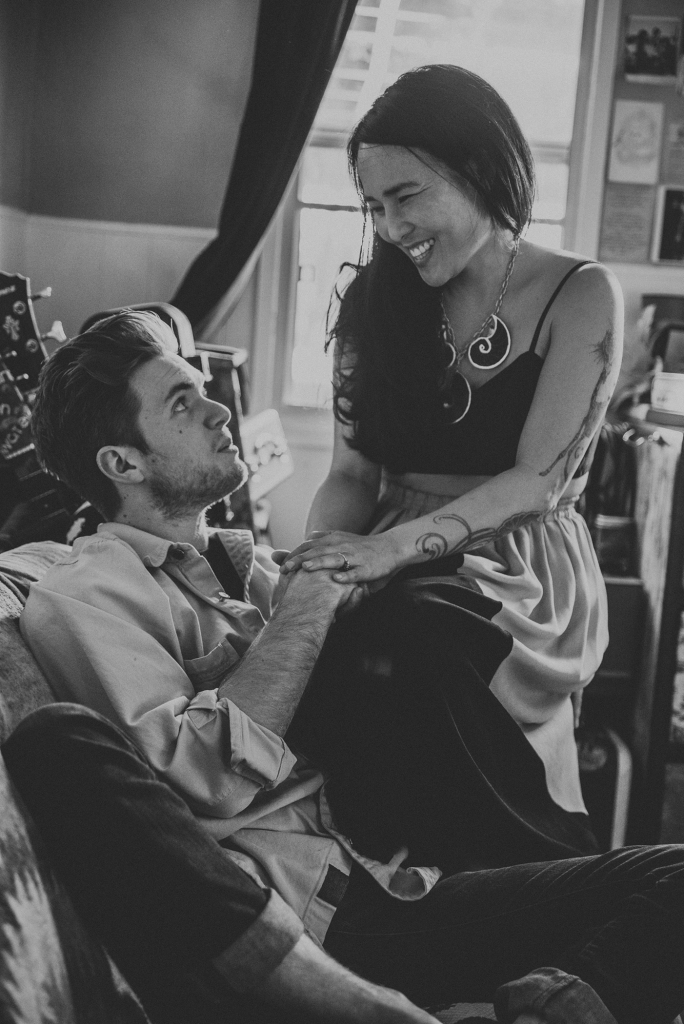 I love how easy the module and backend is to navigate!

Grab a lot of pictures and take turns filling out the details. 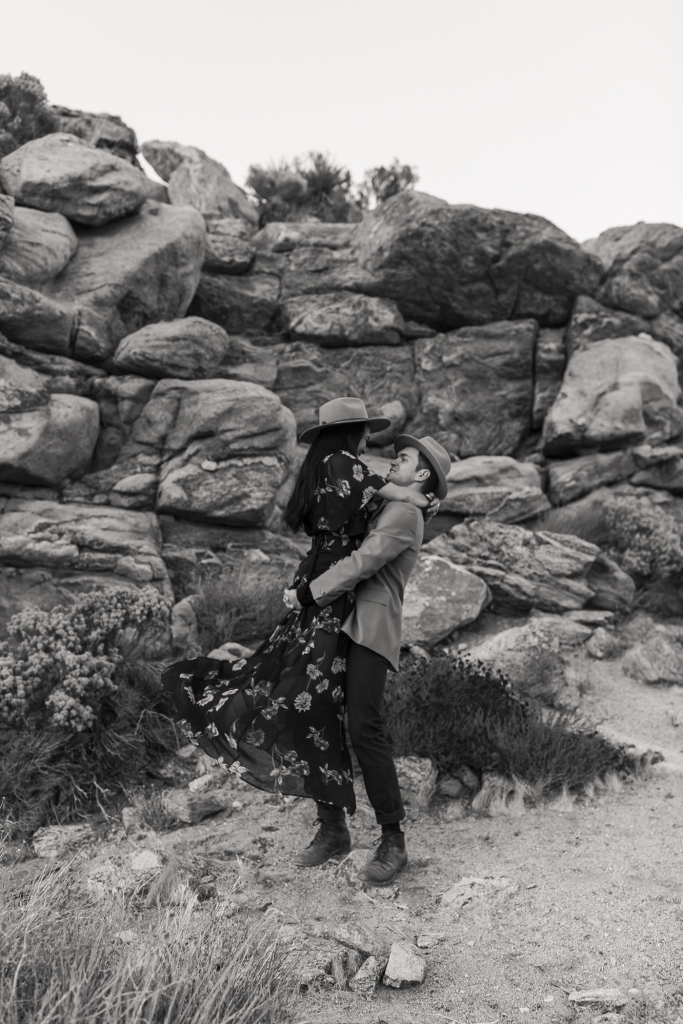 Joy is spending a lifetime with my love.