Brandon and I almost met multiple times, we should have met several times before we did but somehow didn’t! Our paths have crossed so close that I am positive we are meant to be. Brandon and I met on an online dating website a couple of weeks after I signed up. Brandon was bored at work one evening and liked my profile pictures and then messaged me because I was online. We messaged back and forth for hours that night but unfortunately, I was not very active on the site. I told Brandon that I wouldn’t be on the site very much because the idea was still new to me and the experience was awkward! I logged out that evening, ended the conversation, and went to bed.

I knew that I would marry Brandon very early on, about a month into the relationship.

Brandon recalls it differently, saying that I disappeared in the middle of the discussion so he thought I wasn’t interested. Then, on June 17th, Brandon ran into me at a store. I was taking my kids to see finding Dory and he was on a date to see a different movie. We both stopped into the store to grab movie snacks. He was right behind me in line but didn’t feel comfortable speaking to me because my daughters were with me. Three to five weeks later, I decided to log back into the dating website. I kept getting email alerts that I had unread messages. As I scrolled through a bunch of random messages, I noticed that Brandon sent a message the same night that we met, after I logged off. The message said that he was interested in keeping in contact and he gave me his Facebook and Instagram name since I told him I would not be on the site much. I hesitated to contact him since three weeks had passed but I sent him a short Facebook message saying hello and explaining that I had just logged back in and noticed his message. Brandon was surprised to hear from me!  We messaged back and forth on Facebook and I eventually gave him my number and he called me. Brandon and I talked on the phone for hours that night while he was at work and we arranged our first date for a couple of days later on June 21!

We love one another, and this day is just a day for us to tell our grandkids about. Even if we didn’t have the wedding, we would still have this great love story!

Brandon proposed at my work event, an award certification Banquet, in front my co-workers and family (with the assistance of my two Bridesmaids and maid of honor). I planned the event with one other person and was determined to have a nice event for my co-workers. My sister suddenly bullied me into getting my nails done the day before and Christin firmly suggested that I buy a new dress the day before. The day of, March 25, I felt bad that I neglected Brandon so much and had forced him to help do centerpiece crafts the night before! I kept busy the day of, and never noticed anything going on. I was confused when I saw a slide show begin to play with photos of me on the huge screen above the stage. Then, Brandon (who should have been at work) walked in with his best friend. I was just happy to see Brandon! Then, he suddenly reached for the ring box and dropped to his knee as my family watched. My father, mother, sisters, aunt, and most importantly, my three kids were in attendance! 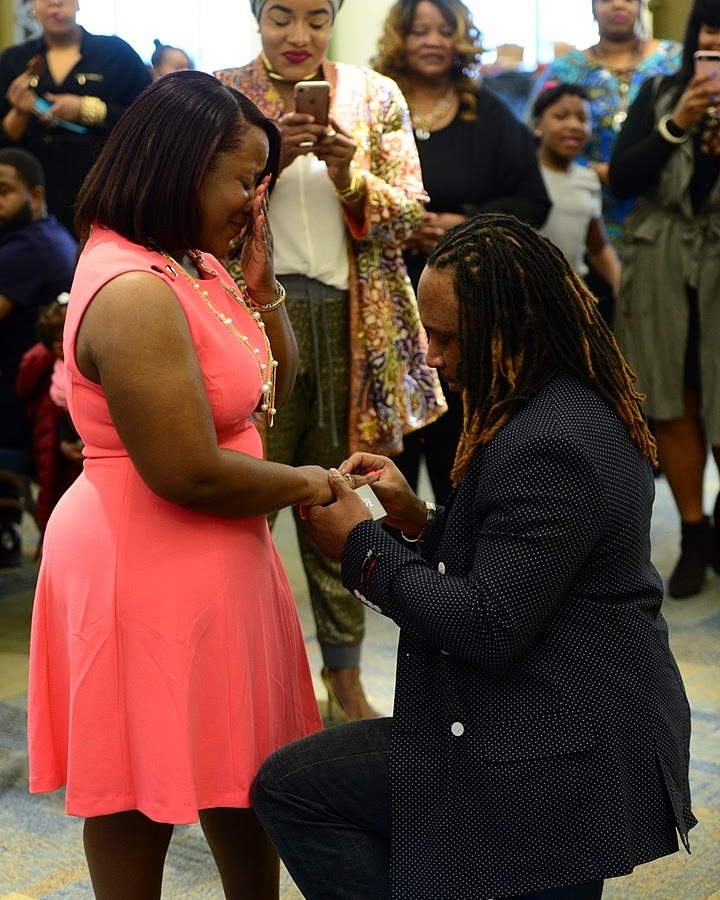 My Bridesmaid proposals and choosing the venue have been my favorite parts so far! I am also having fun making my bouquet.

I like finding crafts that I can do myself,  it relaxes me. Date nights also help!

The site is so easy to use and beautiful. I love the way the layout looks!

I changed the wording, I made it my own with fun quirky titles. I also let our pictures tell our story. I would use a lot of photos! 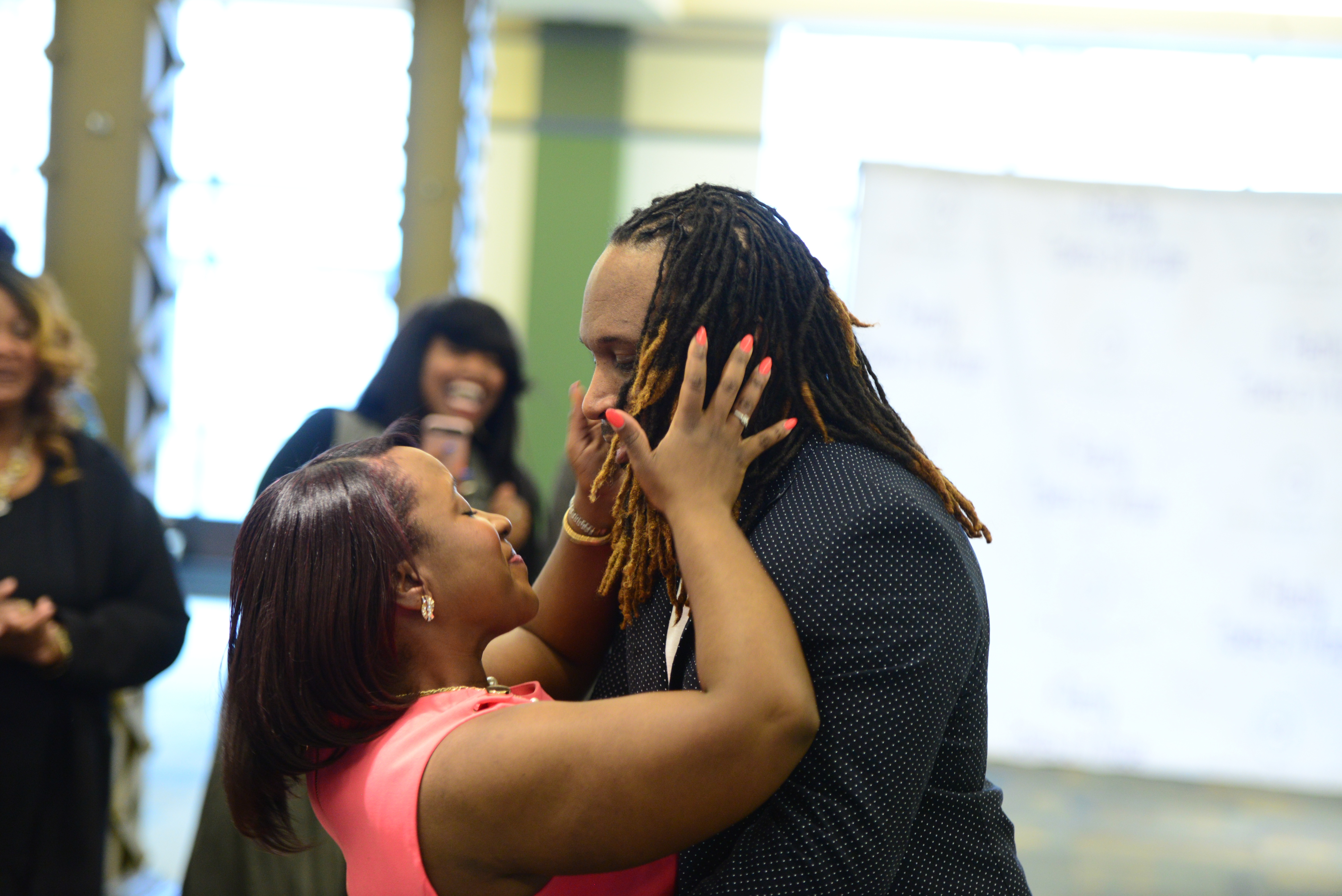 I knew that I would marry Brandon very early on, about a month into the relationship. We love one another, and this day is just a day for us to tell our grandkids about. Even if we didn’t have the wedding, we still have this great love story!
0
FacebookTwitterPinterestEmail